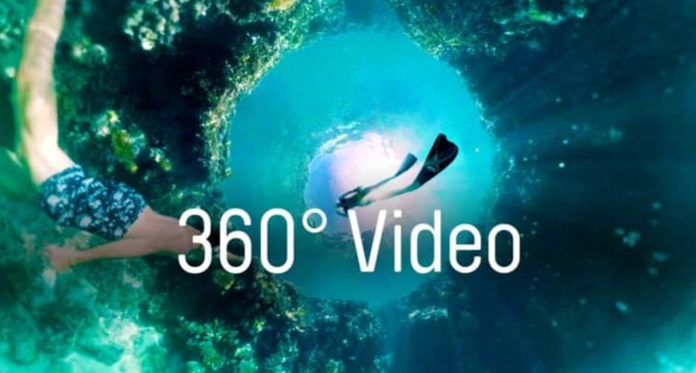 360 VR videos, or 360-degree videos, allow the viewer to immerse themselves in a scene using a virtual reality headset. Filmed using a 360 camera, these new kinds of videos are already proliferating on the Web. Several platforms like YouTube, Vimeo, Facebook 360, Littlstar, Vrideo or 360heros offer a wide selection of 360 videos. They can be movies, short films, documentaries, animated films or even music videos. Check out our selection of the best 360-degree videos.

We offer a selection of the best 360 virtual reality videos found on YouTube and other platforms. As a reminder, on the Google Chrome browser preferably, you must use the WSAD keys or the mouse to move. If you can change the language of your QWERTY keyboard to a QWERTY keyboard, then you can move with the ZQSD keys, which is much more comfortable. The videos can be viewed with the Google Cardboard headset combined with the iOS/Android smartphone. If possible, use the 1440p or 2160p resolution. It is also possible to watch these videos on a PC VR headset such as Oculus Rift or HTC Vive.

You have to wonder why the quality of 360 ° videos is lower than normal videos? To compare, a 360-degree full HD video would be roughly equivalent to getting 6/8k on a basic video. So some shootings do not necessarily have the appropriate cameras and offer a rendering of average quality. Nevertheless, some videos presented here are excellent bills. You can try 360 video through the Samsung camera for example . Also find our comparison of the best 360-degree cameras.

CNN offers you to visit Cairo and the 360 degree Giza pyramids. A captivating documentary in the footsteps of the Pharaohs.

This 360-degree documentary by The National Honey Board offers you a better understanding of bees and their importance to our ecosystem. Play as a bee and fly from flower to flower to join the queen. A captivating video.

Browse the Grand Canyon Colorado River in this great VR 360 video. Enjoy the rapids from the comfort of your living room with this video.

National Geographic offers you to immerse yourself in the middle of a herd of lions. The opportunity to discover these fascinating animals in their natural habitat.

Proposed by the US Air Force as part of a recruitment campaign, this 360 video shows the intensive training followed by the members of Special Operations . They can be deployed anywhere around the globe to achieve a specific mission. Discover this military universe with this video.

This video, which represents a real revolution, allows to see a little more than 3 minutes of a surgical operation. Attention, sensitive soul abstain! This new use of 360 ° camera is to the credit of Dr. Ahmed.

In this beautiful video commented, you can discover a boat, having sank a long time ago, at the bottom of the ocean. But the boat is not alone and forgotten, it is surrounded by a dozen sharks.

In this video you can find yourself on the field with Issac White during his training. That’s how it feels in the presence of a professional basketball player.

This video, made in partnership with Samsung, allows to visit and discover Hamilton Island. Here, you will not have a long video with the same plan, but several postcard plans allowing you to see several places on the island.

A moving video that follows Decontee Davis, an Ebola survivor in Liberia and her efforts to help orphans in her village.

A 360 ° video that takes you to the heart of the ocean. A poetic and sensitizing video that will make you ask questions about respect for the environment.

In this 360 video, you will find yourself realistically immersed in outer space. Witnessing a stunning realism, this video will allow you to experience real sensations. The codes that govern life on Earth are upset: there is no soil under your feet. You are weightless in this video.

This video of very good quality makes us discover the daily life of a herd of elephants closest to them. Some elephants will even notice the camera and a stroke of the trumpet, say hello. A good opportunity to see this majestic animal in the heart of his life, when he is not slaughtered for his ivory.

This video allows you to discover tigers in their natural habitat. The YouTube channel that broadcast it sensitizes fans of the platform about the fate of this animal in danger of extinction.

Visit Hawaii in virtual reality with this sublime video. Take the time to escape from everyday life to visit sumptuous waterfalls and sandy beaches.

Mont Blanc has something absolutely beautiful. It is not given to everyone to climb at the top of this montage. This 360 degree video

The tribute of TV5 Monde and the forum of images makes it possible to visit the famous cathedral before the fire of April 2019. One can discover the principal points of interest of the cathedral which will remain inaccessible during 5 to 15 years. It is now one of the only ways to visit Notre Dame de Paris.

A 360 degree video for virtual reality in computer graphics. This is an amazing video of an endless tobogan descent through a city. Really great for fresh sensations.

With a 360-degree camera, editing software and a little imagination, it’s possible to create compelling experimental videos. Whether its artistic experiences or philosophical concepts, discover our selection of the best experimental 360-degree videos.

With Inside the Box of Kurios, Cirque du Soleil offers a video that is both strange and captivating. A video created in partnership with Felix & Paul, whose full application is available on the Oculus Store.

John Hull, theologian and writer, lost his sight one day. He decided to create a virtual reality experience so that viewers could experience the emotional experience of blind people.

This very playful video allows us to look for Charlie in several paintings drowned in crowds . But Charlie is also hunted by men in black and we can even see Mario walk in the crowd. In short, a video well staged and full of things to search and discover.

360-degree video lets you experience thrills and extreme sports in first-person view as if you were there. Parachute jump, base jump, roller coaster … enjoy the thrill from the comfort of your living room with VR.

To make this impressive video, GoPro has created a crown made up of 16 different cameras. This video offers you to follow the GoPro Heroes in their journeys through the sea, the skies and the mountains.

We have changed the video of the park Asterix unavailable for this breathtaking course of a Disney California attraction. Again the quality is poor, but the attraction of two minutes is pretty crazy

It is thanks to a GoPro 360 ° that Brandon Scheid and Jason Slezak embark us on this small discovery of kiteboarding in Oregon . Kiteboarding is, in short, surfing with the power of a big kite.

Why be content to film images, when cameras 360 also allow to give free rein to his imagination and talent as a director or screenwriter? Discover the best movies and short films at 360 degrees.

This 360-degree video from the hit Netflix Strangers Things series lets you immerse yourself in the supernatural atmosphere of the program. Play as the young boy Will Byers, when he disappears in season 1.

This video is the work of Justin Lin, director of Fast Five and Star Trek. It was completed in 2016 as part of the Google Spotlight Story program. This is a very ambitious 360 ° short film, perhaps the most accomplished available on YouTube. Play as a character pursued in the corridors of the metro by an alien.

A sci-fi oriented video of very good quality and very nice to watch.

This video made for the promotion of the movie Paranormal Activity allows us to discover the incredible potential of 360 videos in movies where horror video games.

This official 360-degree Star Wars video was created to complement the release of Rogue One.

360 ° Star Wars Hunting of the Fallen

A 360-degree Star Wars movie created by a fan.

An extremely stressful video in which you will face shark and other sea monsters. A shudder of anguish and a particularly successful immersion thanks to the 4K.

For singers and musicians, 360-degree cameras make it possible to create clips of a new genre. Discover the best 360 degree music videos.

For his last farewell concert, legendary musician Elton John wanted to look to the future, especially virtual reality. This 360-degree concert is both spectacular and extremely moving. A great way to draw your last bow and put an end to a monumental career.

To mark his comeback with his album Humanz , the band Gorillaz has made one of the best 360-degree clips. Climb aboard a train with group members, visit a haunted house, and then visit the space and its mysteries.

Attend a real orchestra in 360 ° view, as if you were in the middle of the musicians. An incredible experience, realized by BuzzFeed in partnership with the Los Angeles Philarmonic and its conductor Gustavo Dudamel.

Muse has always been known for its spectacular concerts, exploiting the latest technological innovations. This clip is based on virtual reality and presents a world whose skies are dotted with government drones. Attend the revolt of the people from the point of view of one of these drones.

In 2015, while the VR was in its infancy, the Swedish DJ Avicii presented one of the first 360-degree clips. A very successful video with talented dancers.

This One Republic clip, made with the Nokia Ozo 360 camera, is technically very impressive. The clip is also very creative.

The clip of the Icelandic artist Bjork. One of the most successful music videos.

Take in full the mirettes with this energetic concert. 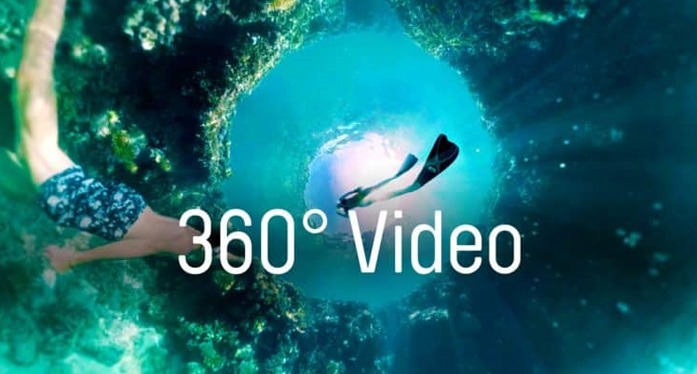