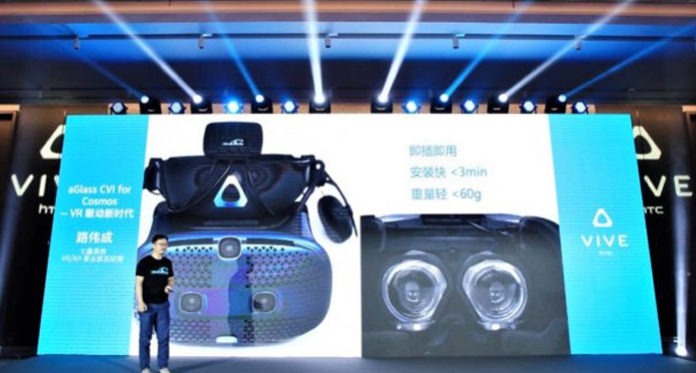 The Chinese company 7invensun launches an eye-tracking module compatible with all HTC Vive VR headsets for only $150. An accessory that could stimulate the adoption of this technology in the industry…

The Eye-Tracking is a very useful technology for virtual reality headsets. It makes it possible to follow the movements of the eyes of the user, and thus to adapt the content according to the direction of his gaze or to collect data on his reactions to the content.

The Taiwanese manufacturer HTC has added this feature to its range of Vive helmets with the Vive Pro Eye, unveiled at CES 2019. However, until now, the other VR headsets of the brand did not take advantage of this innovation.

As part of the Vive Developer Meeting in Beijing and the Vive Ecosystem Conference in Shanghai, the 7invensun startup just unveiled a module dedicated to Eye-Tracking called Droolon F1. This module will be compatible with the new Vive Cosmos helmet expected for October 3, 2019, but also for all the headsets of the HTC ecosystem: Vive, Vive Pro, Vive Focus and Vive Focus Plus. 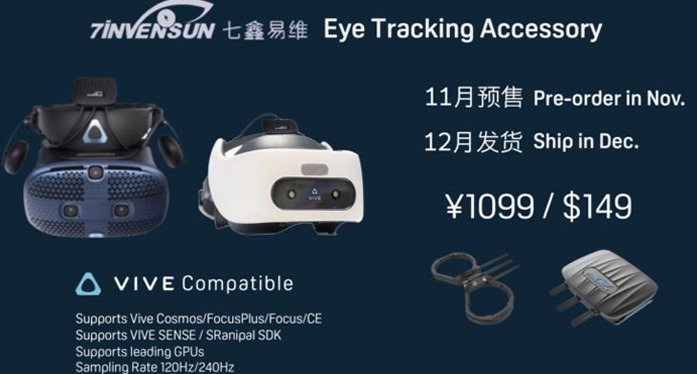 In 2016, 7invensun had already launched an aGlass DK1 module for the HTC Vive and a second iteration in 2017. The Chinese firm was then accepted with the second wave of HTC’s Vive X accelerator, taking advantage of the financial support and the expertise of the Taiwanese giant. This is how she developed the Droolon F1 in direct collaboration with HTC.

This new module will connect to the VR headset via a USB cable, and data can be retrieved via its USB port. Its sampling rate will be 120Hz, but can be customized to reach 240Hz.

The module will be based on HTC’s official Eye-Tracking API, SRanipal SDK. Developers will be able to create applications that are compatible with both the Vive Pro Eye and the Droolon F1.

The Droolon F1 will be available for pre-order during the month of November 2019, with an expedition scheduled for December 2019. At first, the kit will be designed for developers to enable them to integrate eye-tracking into their applications. The price is set at only $150. For now, however, we do not know in which countries will this module be marketed outside of China…