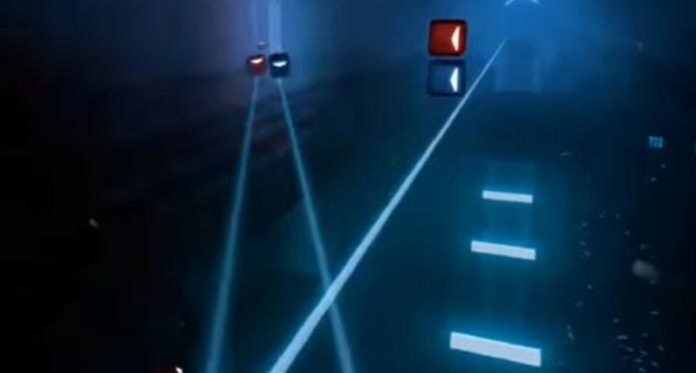 Beat Games unveiled last week a new 360 mode for its hit game, Beat Saber. The cubes land on all sides making the way of playing more complex and spectacular.

The Beat Games studio behind the game also keeps improving it adding new tools and new songs. He has just unveiled a new 360 degree original mode. Video demonstration below.

A 360 mode that changes the game

In Beat Saber, the blocks arrive directly in front of you to the rhythm of the music. Simple and direct. Things get complicated in high levels which makes the game so attractive.

The new 360 mode for the Oculus Quest allows the game to send you blocks from arbitrary directions. Blocks always travel in a straight line but can come from different places. The lines on the ground tell you where the next blocks will come from.

The result is quite natural and offers a welcome extra dimension to the game. In more difficult levels, the lines can cross each other, significantly increasing the level of difficulty and attention to the game.

A fun and different mode that offers a longer life expectancy to the game. This mode will be released first on Oculus Quest before being added to other platforms.