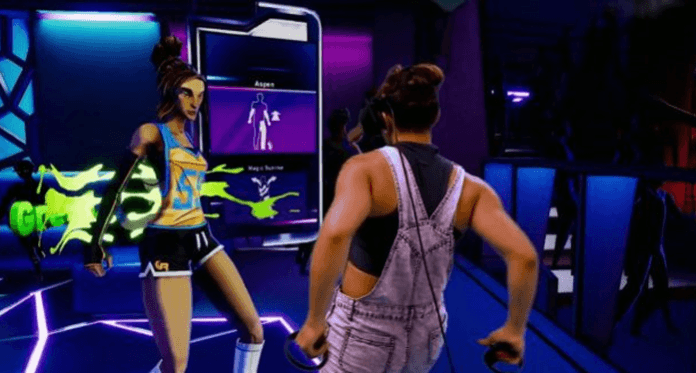 Dance Central VR is the new virtual reality game from the Harmonix studio (Guitar Hero, Rock Band, Audica …). This is a dance game for Oculus Rift and Oculus Quest.

The Harmonix studio is among the few renowned developers who have chosen to get started in virtual reality and augmented reality. With Rock Band VR first, and more recently Audica the answer to Beat Saber, the creator of Guitar Hero already has some quality VR games to his credit.

Today, Harmonix unveils its new project: Dance Central VR for Oculus Rift and Oculus Quest. As a reminder, Dance Central is another franchise of the studio, initiated in 2010 with a first opus to accompany the Xbox Kinect of Microsoft.

Where Rock Band and Guitar Hero offer to “play” music, Dance Central puts the player’s dancing skills to the test. If the three Xbox games were based on Kinect’s motion tracking, this new VR version will exploit Oculus headset tracking to measure your performance.

Several game modes will be proposed. In the In the Studio mode, the player will be able to practice dancing alone or in front of an assistant who will analyze his movements. In the Heading to the Club mode, it will be a question of competing with other players on different dance tracks! The most talented will be able to climb to the top of the world ranking …

In addition, The Lounge mode will allow for public or private parties for up to four people. It will also be possible to play various mini-games. A cooperative multiplayer mode is also planned.

Dance Central VR: a VR dance game by the creator of Guitar Hero

Not surprisingly with Harmonix at the controls, the soundtrack will be composed of famous songs. Among the 32 titles on offer, there will be both classics of the 70s and contemporary hits.

Several titles have already been unveiled by the studio: Bruno Mars’ Finesse and Card B, The Chainsmokers and Daya’s Do not Let Me Down, DJ Snake and Lil Jon’s Turn Down for What, What’s Love by Haddaway, It Takes Two from Rob Base and DJ EZ Rock, and finally Give Me Everything from Pitbull, Ne-Yo, Afrojack and Nayer.

Virtual reality can be a very interesting technology for dance. It could allow the most shy to practice dancing in conditions such as a dance class or a nightclub before taking the plunge. In addition, the user’s movements can be analyzed to provide feedback to help him improve.

However, knowing that the current VR headsets do not allow the tracking of the legs and feet, one wonders how the game can transcribe or even follow the movements of the lower body … it is likely that the game is content to “guess” where are the user’s legs while tracking his hands and his head.

Dance Central will be available on Oculus Rift and Oculus Quest. We do not know if it will be part of the launch lineup of the Quest, but the game is also expected for the spring of 2019..