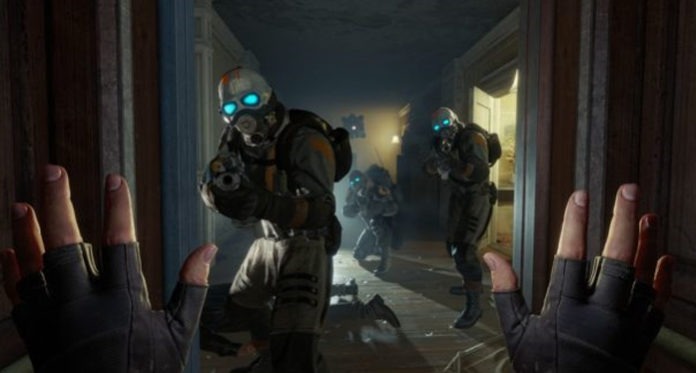 Since 2018, Valve has confirmed to work on several “AAA” VR games in the biggest secret. Earlier this week, after several months of rumors, the creator of Steam finally confirmed that the first of these games would be a new installment in the Half-Life saga.

As a reminder, the last episode of the saga, Half-Life 2, has just celebrated its 15th anniversary. It is therefore an understatement to say that this new component was awaited at the turn by countless fans…

This Thursday, November 21, 2019, Valve has unveiled the first trailer for the game and has delivered many details on the project. As its name suggests, the game offers the player to embody Alyx Vance: a character who came to help the protagonist in Half-Life 2.

The new episode action takes place between the events of Half-Life 1 and Half-Life 2. Thus, by playing Alyx, the player will have the opportunity to discover what happened between the Black Mesa Incident staged in the first Half-Life and the return of Gordon Freeman in Half-Life 2.

In the company of his father, Eli Vance, Alyx aims to establish resistance against the alien race of Combine that we had discovered in Half-Life 2. As we can see in the trailer, the famous “crabs of head back and jump on this first-person adventure. Several completely new characters are also highlighted.

We also note that the entire virtual world seems to be subject to the laws of physics down to the smallest detail. Each object seen in the trailer seems interactive, and there is no doubt that this game is the result of hard work over several years… 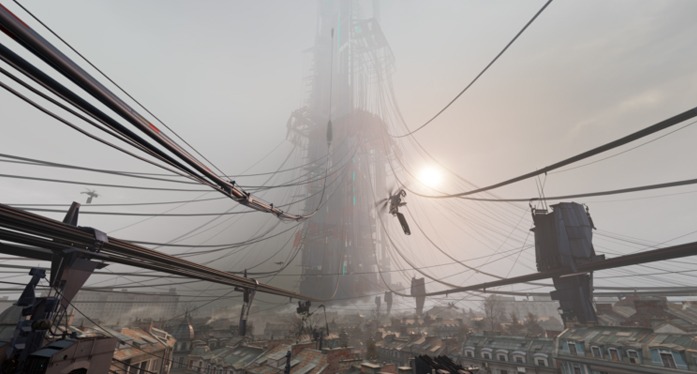 According to Valve, this game is entirely designed from the start for virtual reality. However, there are many emblematic elements of the Half-Life series: first-person fights, puzzles to solve, and a particularly rich new story. The game runs on Valve’s Source 2 engine, and the graphics are simply impressive if we trust this first excerpt.

Several screenshots released by Valve show the different locations in which the game takes place. For example, an image seems to show the Citadel, still under construction, which overlooks City 17 in Half-Life 2. Combine soldiers are also in the game. 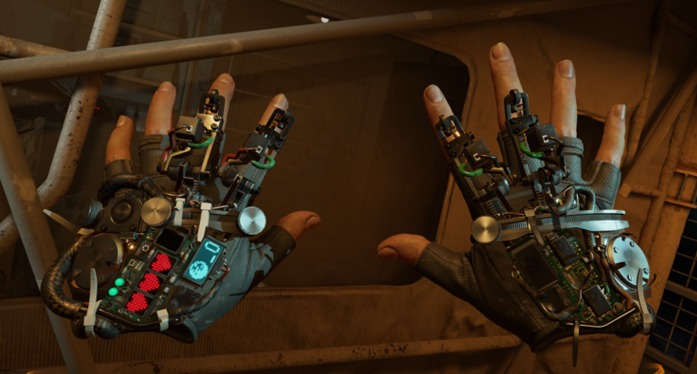 In several images, we can see Alyx’s hands wearing gloves covered with cables and electronic components. This is a new weapon called “Gravity Gloves”. According to previous rumors, these accessories should allow you to manipulate objects by towing them remotely in the same way as the “Gravity Gun” of Half-Life 2. The Alyx life bar is also displayed on gloves.

What will be the movement system in Half-Life: Alyx?

On the official website dedicated to Half-Life: Alyx, Valve reveals what will be the different options offered for the game. Depending on your preferences, it will be possible to play seated, standing, or in room-scale tracking if you have enough of space. This last option will allow you to move simultaneously in the real world and in VR.

In addition, you can choose between several displacement systems. The teleportation system, which is found in a large number of VR games, will allow you to move from one location to another by pointing the destination using your hands.

For those who wish, it will also be possible to move around using an analog joystick. The “Shift” option allows you to move the camera to different points of your choice. Finally, two control styles will be proposed: one using the finger tracking system of the Valve Index controllers, the second based on the triggers of other Oculus Touch or Vive Wand controllers. Each player can therefore choose the best compromise between comfort and immersion. 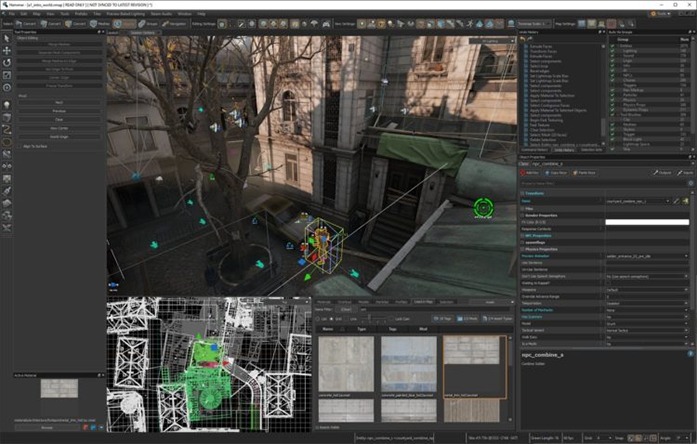 Valve also specifies that a new Hammer Editor included with the game will allow the gaming community to create their own environments using a variety of Source 2 tools. The game can therefore be modded, and the mods will probably be shared and distributed via the Steam Workshop.

As a reminder, Source 2 is the successor to the Source engine with which Half-Life 2 was created. It was used for the first time for the Reborn update of Dota 2. Already at the time of the first Source engine, modding was a major element of Half-Life 2. Many popular games available on Steam were also behind the Half-Life 2 mods. This is the case of Chivalry: Medieval Warfare, Dear Esther, Insurgency, The Stanley Parable, or Garry’s Mod.

Thus, this new Hammer Editor could represent an opportunity to create VR experiences more easily than with solutions like Unity or Unreal. All the different interaction mechanics and physical elements of Half-Life: Alyx can be used without having to write any line of code. Content creators will therefore be able to focus on the script, artistic direction and gameplay of their games rather than on the technical aspect. Beyond the game itself, the Valve project could therefore represent a small revolution for the virtual reality market… 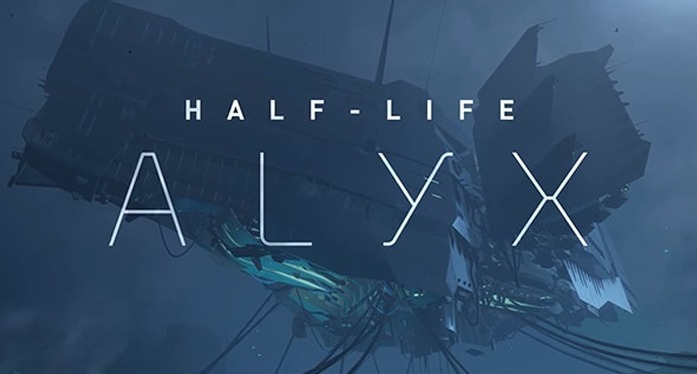 Half-Life: Alyx will be available in March 2020. The game will be compatible with all VR headsets compatible with SteamVR, such as the Valve Index, Vive Cosmos, HTC Vive, Windows MR Headsets, or the Oculus Rift and Oculus Rift S. It will also be possible to play on Oculus Quest, provided you connect the device to a PC using the new Oculus Link cable.

However, some (optional) interactions will require using the Valve Index controllers and their famous finger tracking system. To fully benefit from the experience, it will therefore be necessary to invest in a Valve Index or at least to obtain these controllers.

In addition, Valve already indicates what are the technical characteristics required to be able to run this game. At the very least, your PC should run Windows 10, be equipped with a Core i5-7500 or Ryzen 5 1600 processor, 12 GB of RAM, and a GTX 1060 or RX 580 graphics card with 6 GB of VRAM. Obviously, the more efficient your PC, the more detailed the graphics…

Unfortunately for fans of Half-Life who do not have a VR headset, Valve already specifies that the game will not be playable like a traditional PC game. On the one hand, the objective of the American firm is to encourage fans to invest in its hardware and virtual reality services. On the other hand, she believes that a keyboard / mouse combo and a screen will not make it possible to transcribe the experience as it was thought for VR.

For example, it is not possible with this type of equipment to push physical objects on a shelf to search for a specific item or to place a hand on a care station while opening fire with the second. From such opportunities are made possible only by the VR and the separate tracking of the hands and the head of the user. It will therefore be necessary to obtain a VR headset to take advantage of this experience…

It is possible to pre-order the game now on Steam , for a price of $59.99. However, the game will be offered for free for all owners of the Valve Index helmet or its controllers as soon as it is released in March 2020…