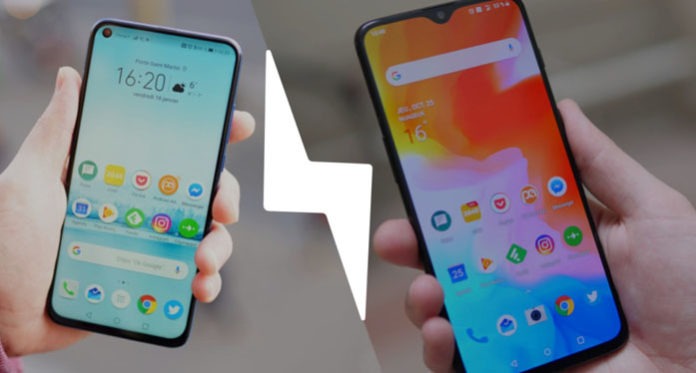 With the View 20 , Honor offers in early 2019 an original smartphone that does not look like any of its other phones (and has no other in France, for the moment). While offering high-end features and value for money. Is that enough to overshadow devices that have already been successful in the market? More precisely, what is really worth the new Honor View 20 against a good OnePlus 6T? Using our detailed comparison, find out which of the two is the best smartphone.

With a significantly different design, the Honor View 20 and the OnePlus 6T are closer than it seems. Positioned on the same fare segment, they both offer a high-end experience at an affordable price.

A question then arises: what is the best smartphone between a Honor View 20 and a OnePlus 6T ? Design, performance, photo, autonomy … Discover our detailed comparison between the two smartphones!

Design: the palm of originality 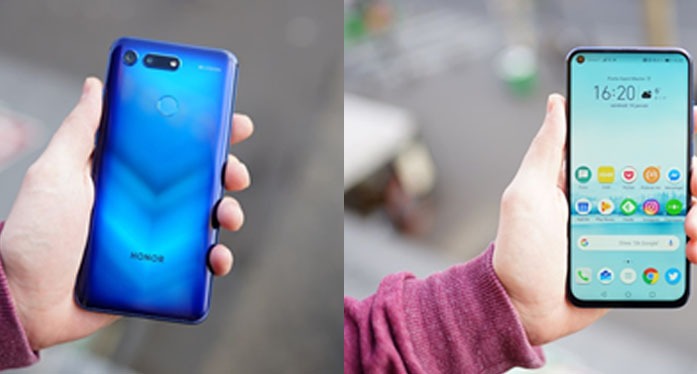 The Honor View 20 is displayed with a design that can be described as original in early 2019. The screen is borderless on all sides, and pierced on the upper left. This little punch is a good alternative to the notch, it is rather discreet and it does not interfere with use. However, the smartphone loses discretion when returned. Although a little too flashy, herringbone reflections provide a nice effect of style. The camera is positioned at the top left, the fingerprint sensor at the finger level and the Honor logo at the bottom.

The OnePlus 6T is more about sobriety. Its screen takes almost the entire front of the phone, with thin and elegant borders. The front camera is hidden in a small notch shaped drop and it must be said that it is almost as discreet, especially that it is possible to hide the latter with a black bar. On the back, we are entitled to less fantasy than the View 20, but the glass coating (matte or glossy) is still small effect. The double photo sensor is centered at the top, but without a fingerprint sensor that sticks usually below, since the latter has now come to live under the screen. Too bad it is a little slower because of this technology.

At the beginning of the New Year, we can only salute the originality shown by Honor View 20, although the OnePlus 6T has undeniable qualities.

Screen: what to face the OLED? 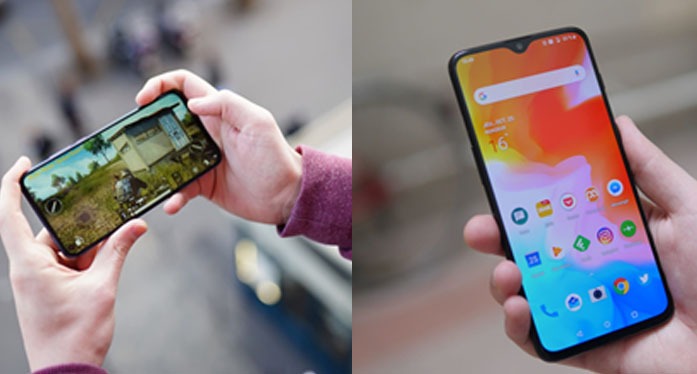 Honor has opted for a 6.4 inch IPS LCD panel for the View 20. The screen is not at all bad, also rather bright to easily adapt to different situations, but we cannot say that it is one of the best screens on the market. The rendering lacks a bit of contrast and the tile pulls far too blue, that’s what we can blame the new flagship Honor.

On the contrary, OnePlus chose to integrate a beautiful OLED slab of 6.41 inches in its 6T. The contrasts are endless, the colors are bright, and the brightness is perfect: there is not much to blame this screen.

Hard to beat an OLED screen, except for another OLED screen of better quality (obviously!). Anyway, the OnePlus 6T can be proud of its slab.

With its Kirin 980 and 6 GB of RAM, the Honor View 20 boasts one of the most powerful Android smartphones on the market. This excellent configuration (which is also found with the Mate 20 and Mate 20 Pro) allows you to enjoy a user experience perfectly fluid every day and to run without worry all the greediest games available on the Play Store. If you play Fortnite on mobile, note that this View 20 is by the way the only smartphone in France (with the iPhone from Apple) to be able to play the game of Epic Games in 60 fps.

As usual, OnePlus opts for Qualcomm’s best-performing SoC. At the exit of the 6T last November, it was therefore the Snapdragon 845 that prevailed. Although it no longer has the title of “the most powerful SoC” since the arrival of the Kirin 980, it is still one of the best configurations possible with 6, 8 or 10 GB of RAM (as for the McLaren Publishing). Same as for its competitor: it is fluid, fast and effective, whatever the use.

Both configurations are very close in terms of performance and it is difficult to see a real difference in everyday life, even if the Kirin 980 is slightly more powerful on paper.

Photo: 48 megapixels for more details, but… 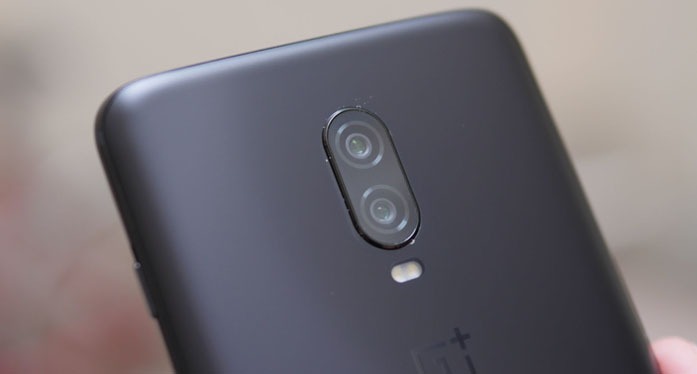 Like the Google Pixel 3 or Sony Xperia XZ3, Honor chose the simplicity with a single sensor on the back of its View 20. However, it does not offer 12 or 19 megapixels, but indeed 48 megapixels. Although this number does not mean much and is not indicative of the final quality of the photos, Honor has still opted for a large sensor in 1/2 inch format to capture more light . The result is very convincing for this price range: the details are fine (or a little too much), the colors are close to reality and the entire dynamic range is pretty well restored. The only downside comes from its mismanagement of strong light sources.

On the front, there is a 24-megapixel sensor that captures a lot of detail with high brightness, but much less at night. Finally, a TOF 3D sensor completes the whole at the back, but its usefulness has not really been shown yet.

The photo part was never the highlight of OnePlus, but that was before the 6T. It recycles the 16 + 20 megapixel photo module from its predecessor and adds many software optimizations to get better photo quality. The result is surprising for a smartphone of this price bracket, its dual sensor is now able to take pictures pretty and successful, whatever the situation.

For selfies, the OnePlus 6T uses a 16-megapixel camera with an aperture of f /2.0. He is doing very well by even managing to maintain a good exposure, provided to have a good brightness.

They both offer a good photo quality, but very different from each other. While the View 20 manages to capture much more detail than the OP 6T, the colors are slightly duller on the other hand. Similarly for the portrait mode, for example, the smartphone of Honor manages to capture many elements, but with a blurred mismanagement in the background, and the smartphone of OnePlus offers a lower level of detail, but with a blur much better worked.

Battery: the View 20, of little 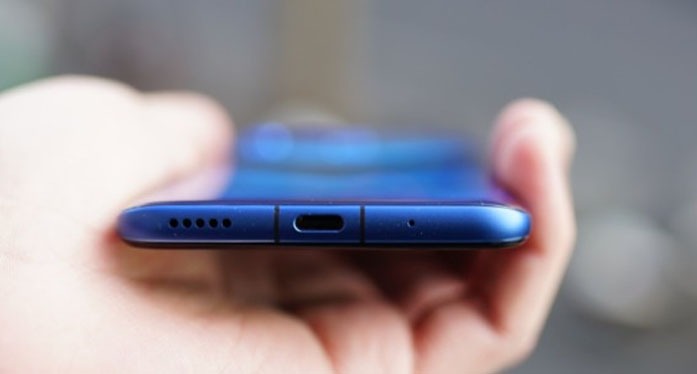 For his new flagship, Honor has opted for a battery with a large capacity and it is a very good choice on his part. Its 4000 mAh allow it to be easily placed at the top of the basket for smartphones to recommend for their autonomy. The phone can easily hold for 50 hours before shutting down, or two full days of use (intensive or not). It recharges via USB-C and is fast charge compatible: it goes from 0 to 100% in 1 hour and 23 minutes.

With its 3700 mAh battery, the 6T does not have to blush against its competitor. With the streamlined interface of Oxygen OS and the many energy-saving OnePlus software optimizations, it can last almost 48 hours, almost as long as the View 20, but with less capacity. On the other hand, its fast charging system is devilishly efficient and allows it to fully recharge in about an hour.

According to our test on Viser, the Honor View 20 held 11 hours and 46 minutes while the OnePlus 6T held 10 hours and 33 minutes. Honor’s smartphone has a better autonomy, but it is a little less powerful than the OP6T in terms of fast charging.

With its View 20, Honor has managed to offer at the beginning of the year a complete smartphone that has many qualities to shade the best references of the past year, including OnePlus 6T. Its original design and clicking, its performance above the lot, its very convincing camera, or its impressive autonomy: we are here in the presence of one of the best smartphones of the moment. However, it is not free of defects, especially in terms of the quality of the screen. Where the OnePlus 6T proudly exposes itself with a beautiful OLED display, the View 20 clearly cannot boast of its IPS LCD panel on this price range. 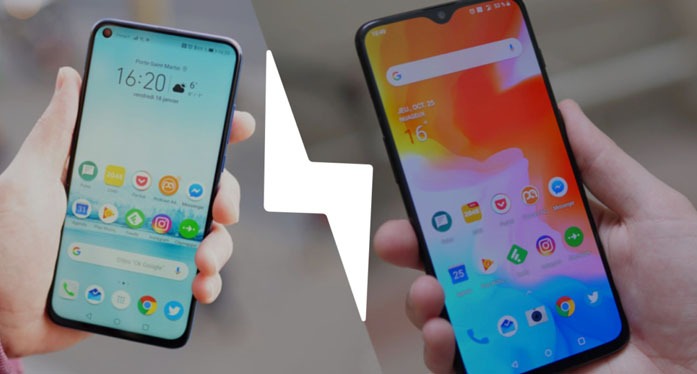