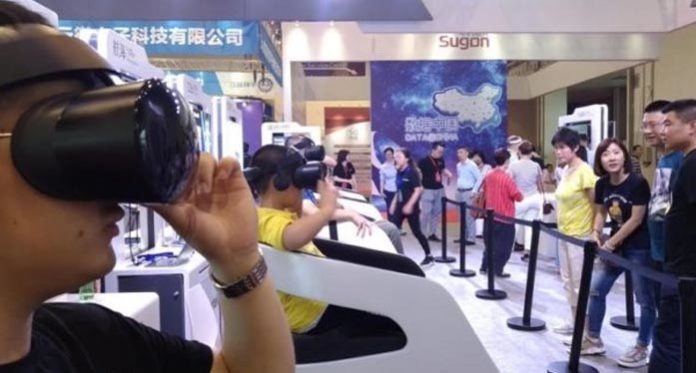 Nearly 3,000 trade visitors came to meet 180 exhibitors from fifteen different countries. The 2019 edition of Laval Virtual Asia, which took place from June 27 to 29 in Qingdao, China, kept all its promises.

By investing the Chinese territory for the third consecutive year, Laval Virtual, the essential enabler of immersive technologies, is continuing its ascent in order to establish its leadership and expertise worldwide.

This year, education was one of the key themes. Visitors were able to learn through VR applications and master techniques (welding, painting, chemical preparation, etc.). They were also able to participate in role plays on the QSHE. Classrooms have even been recreated at the show to bring visitors to complete immersion and safety. Also new this year, the appearance of virtual boxes to learn at home: language, mathematics, chemistry, etc.

“According to the latest report from the International Data Corporation, China’s VR/AR spending is expected to exceed 65 billion by 2023! With its expertise of more than 20 years, Laval Virtual accompanies this exponential development, “says Laurent Chrétien, Director of Laval Virtual.”

In addition, the series of conferences proposed by Laval Virtual allowed speakers such as Henry LAU, Dean of the University of Hong Kong, Amy PECK (EndeavorVR Director), Leen SEGERS (Creator of LucidWeb), Josh KUO (Creator from Mifly), or Joanna Popper (general manager at HP of the VR pole) to share their expertise around the themes of Industry 4.0, education and entertainment to an audience of mainly Chinese professionals.

Maud Oukaltoum, Event Center Manager at Laval Virtual, says: “China has been able to support Virtual Reality technology very quickly thanks to companies like Lenovo, Pico, Nolo and Goertek. It now remains to produce quality content and the contribution of the Laval Virtual network is a real added value.

In this regard, the city of Qingdao has its role to play. After a successful partnership with Laval Virtual to organize an international show, she wants to become a major player in virtual and augmented reality. Local authorities plan to inject the equivalent of 500 million euros in 10 years to support startups and design buildings that will host the future giants of the RV. The city also hosts the Sandbox Immersive Festival, an event dedicated to virtual reality films during the “International VR Week”. 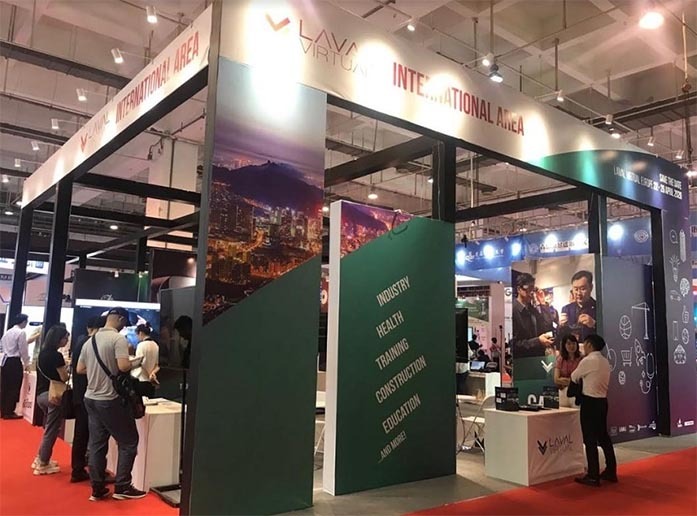 With nearly 3000 visitors, Laval Virtual Asia confirms this year the Chinese craze for virtual reality. The favorable feedback from exhibitors and speakers and Qingdao’s desire to develop this event should make it a must in the Asian market. The dates of the 4th edition have not yet been revealed. In France, the twenty-second iteration of the show will take place from 22 to 26 April 2020.