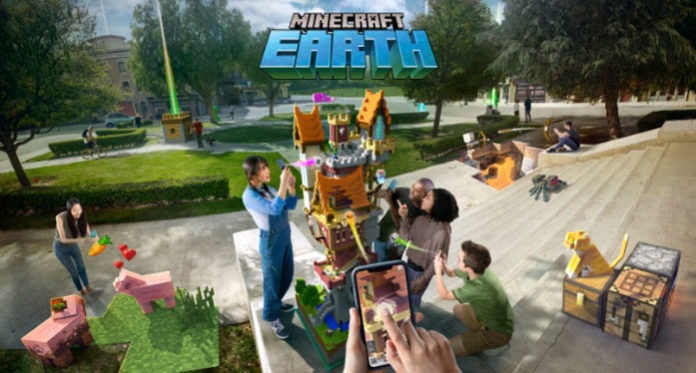 To celebrate the 10th anniversary of Minecraft, Mojang and Microsoft have developed a brand new free game for smartphones. The experience is reminiscent of Pokemon GO.

Minecraft may not be in the news every day, but the game is still a real phenomenon. With more than 90 million players each month, this is one of the most popular games in the world and even had more players than Fornite Battle Royal at the end of 2018.

Today May 17, 2019 marks the 10th anniversary of the release of Minecraft “Classic” (version 0.0.9a), and for the occasion Mojang and Microsoft have announced the announcement of a brand new title: Minecraft Earth.

Minecraft arrives in the real world

Minecraft Earth is not yet another port of Minecraft on a new platform, but rather a brand new game. Like Pokemon Go, it’s about matching a video game with the real world using the GPS. So this is a game that has been designed with the smartphone in mind, and it will be exclusive to Android and iOS.

Specifically, Minecraft Earth offers players to see elements of Minecraft in the real world through augmented reality: a pig who walks in a park, a tree ready to be cut or cobblestone that will be undermined. These elements will be as much ingredients as it will be possible to use creatively to build sculptures to display (virtually) on the coffee table of his living room. The creative mode will be a much more controlled environment where it will be possible to invite friends to participate. This should prevent you from easily breaking your construction. Of course, it will also be possible to share his creations on the web.

As Minecraft fans know, the best materials are to go for exploration. It’s the same with Minecraft Earth that will offer adventures, local events to live with many where it will be possible to find monsters, lava and we imagine, obsidian or diamond. The famous Redstone will be officially in the game. Survival elements such as food management or experience will also be integrated and will increase its range of action on the GPS view of the game.

A beta this summer and a totally free game 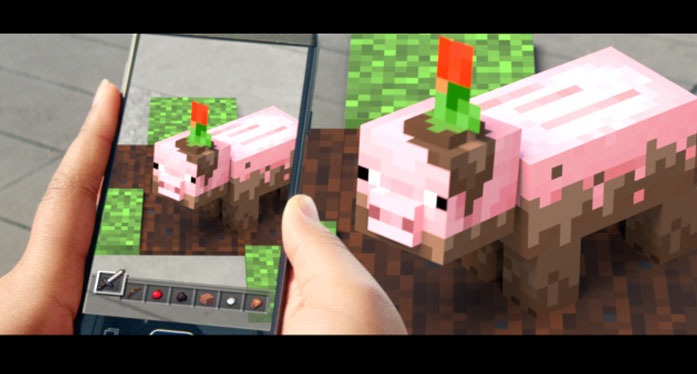 Minecraft Earth will be available in Beta closed on iOS and Android this summer. It is possible to register now for Beta, which was primarily about North America, but will soon be extended to Europe and other regions.

The game is advertised as completely free, with no monetization mechanics. Interviewed on the subject, Jesse Merriam and Stephen McHugh (Executive Producer and Business Director of Minecraft respectively) claimed that Minecraft Earth was first conceived as a gift for the 10 years of the license, before being a new commercial product, even if its economic model will be able to evolve.

To turn, the game requires smartphone compatibility with Apple ARKit for iPhone, and Google ARCore for Android devices. Google offers a list of ARCore compatible devices on its site.

Microsoft technologies in the spotlight

Minecraft Earth is also for Microsoft the opportunity to demonstrate its Microsoft Game Stack, the suite of tools and services that the company provides for video game developers. For example, Minecraft Earth uses Open Street Map to get a map of the world, then links to the virtual world with Azure Spatial Anchors and synchronizes the game with Azure PlayFab. The game also uses Xbox Live and the Mojang account to identify; and moderate if necessary, the players. 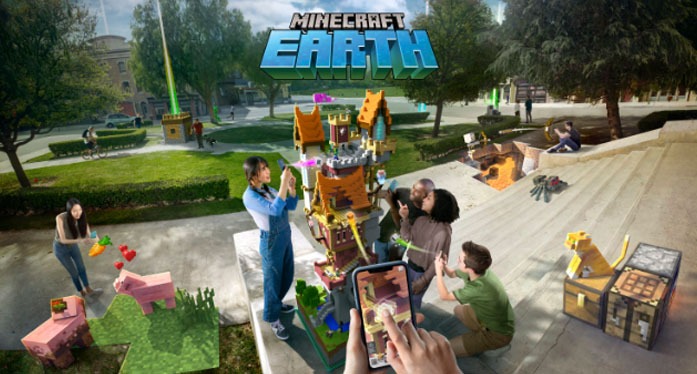