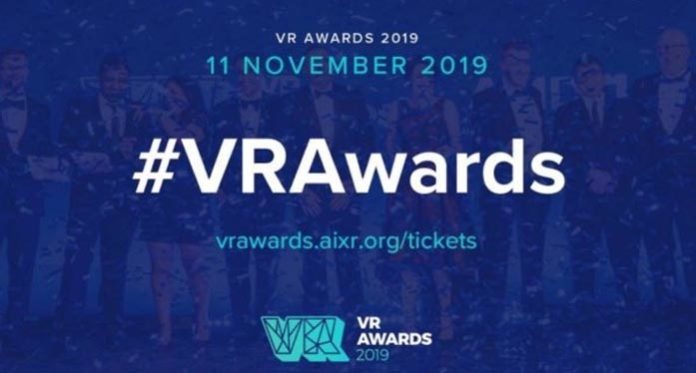 It’s now a tradition. The VR Awards reward the materials, games, experiences, movies, etc. of the year. Here are the finalists for this 2019 edition, which will take place on November 11th.

The rewards for the best creations in virtual reality are already being prepared even if the deadline is quite distant. The ceremony, which will take place on 11 November in London, has just presented the finalists.

12 categories have been defined and a prize will be awarded to each winner. Little difference with the categories present last year except for the disappearance of the Architecture and Real Estate category in favor of VR solutions for companies.

Here is the list of nominees for each category. We also had fun writing to give you a prognosis and risk us to propose our favorite for each award that will be awarded.

Virtual Reality Hardware of the Year for the 2019 VR Awards

Here we find different materials. Headphones of virtual reality of course but also accessories like a haptic combination thought for VR.

Our favorite is undoubtedly the Oculus Quest for its commercial success and its ability to mainstream VR.

Virtual reality game of the year

The VR Awards have selected 13 virtual reality games that will compete for the prize. Note the notable absence of Beat Saber, the game phenomenon.

We believe that Astro Bot: Rescue Mission will win the prize.

Virtual reality experience of the year 2019

The ceremony will also designate the best VR experience of the year. Here are the selected ones.

Among the short films published this year in virtual reality, the jury has selected 9 candidates.

Cycles from Walt Disney Studios remains our favorite for this year.

The marketing operation of the year 2019

Here are the virtual reality marketing campaigns selected for the 2019 event.

For us, Lone Echo II is the experience that will win.

VR Awards 2019: Rising Company of the Year for Virtual Reality

The jury has nominated 9 companies that have distinguished themselves this year in the field of VR. Here are the elect.

Hologate is without a doubt the winner for the prize.

Innovative Company of the Year for the 2019 VR Awards

Here are the companies selected for the award of the innovative company of the year for virtual reality.

Make Real is in our opinion best placed to win the title.

Educational product in virtual reality of the year

Ten products for education, training or apprenticeships have been designated for the 2019 Awards.

Our favorite for this edition is Exoplanet Explorers 2.

The list of virtual reality health innovations selected for the ceremony.

The simulation of Oxford Medical deserves, in our opinion, the trophy.

Activity out of the house of the year in virtual reality

Here are the activities to do outside of home for the year in virtual reality according to the jury of the 2019 Awards.

VR applications that had an impact on the year

Apps with social impact now have their category for these 2019 Awards. Here are the nominees.

We think that the experience in Anne Frank’s room will win the title.

VR solution for companies of the year

Finally, here are the best solutions in virtual reality for companies selected this year for the ceremony in London.

Autodesk is our favorite for the VR solution of the year.

We will not fail to give you the names of the winners in all these categories at the ceremony to be held in London on November 11th. As a reminder, you can find the list of the winner VR Awards of the year 2018 in our special file on the results of the event.