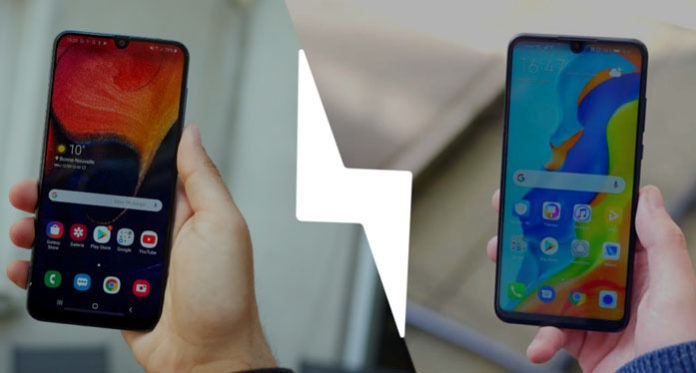 After the Huawei P30 and P30 Pro, the Chinese manufacturer now offers its declination “Lite” flagship, roughly a lighter version with features revised downward and therefore, more affordable. If we do not wait for it to reach the excellence of its seniors, it is positioned on a mid-range segment where many competitors offer excellent smartphones for less than $350.

For example, Samsung has created a nice surprise with its Galaxy A50. One can then wonder if Huawei really has the cards in hand to shade the Korean giant. Using our detailed comparison, find out which of the two is the best smartphone.

For some years now, Huawei has become accustomed to declining its precious jewels through a more affordable model. As a result, the new Huawei P30 obviously receives its “Lite” version a few days after the release of the latter. If everything looks rosy, this new iteration comes at a time when the competition has already been well established.

We can obviously think of the champion of quality/price, Xiaomi with his Mi 9 SE, but another opponent arrived on a field on which we did not expect it. With its Galaxy A50, Samsung has turned upside down the mid-range market, even showing better value for money than the famous Chinese manufacturer. In the middle of all this, Huawei will happen to win?

A question arises: what is the best smartphone between a Samsung Galaxy A50 and a  Huawei P30 Lite? Design, performance, photo, autonomy … Discover our detailed comparison between the two smartphones!

With a Kirin 710 and 4 GB of RAM inside the shell of the Huawei P30 Lite, we find an entry-level configuration for a smartphone sold at 369 euros. It has the same characteristics as a Huawei P Smart 2019 or Honor 8X, but with a hundred euros more. In addition to this price/performance ratio not really interesting, the P30 Lite still has a fluid user experience and runs a few 3D games, but we necessarily expect more for this price.

With the Galaxy A50, Samsung has chosen to integrate an Exynos 9610 SoC – supported by 4 GB of RAM – into the circuit boards of its new midrange smartphone. This new chip dedicated to the top of the basket in the mid-range of the Korean manufacturer offers performance superior to the Chinese solution, and with 20 euros less on the final bill. However, this configuration is not free of defects, because of the few slowdowns found during our test, especially when the smartphone is requested for many tasks. It nevertheless ensures good stability on games like Arena of Valor or PUBG, with average graphics at 60 frames per second.

You will understand, Huawei has not taken into account the price / performance ratio with its P30 Lite. Smartphones sold at almost half of its price – aka the Redmi Note 7 – are doing better, and that’s pretty disappointing. 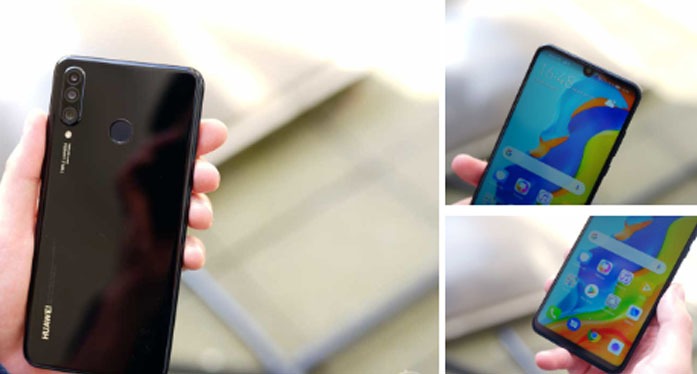 Which is the best smartphone?

The victory is overwhelming for the Galaxy A50. It is better than its opponent in absolutely all areas, while it is more affordable (20 euros, it’s not nothing!). AMOLED display, new user interface, convincing triple sensor and above-average battery life: Samsung brings serious arguments for this price band. The Korean giant once again demonstrates its leading position, where the importance of retail is no longer just in favor of the most premium models. After, the Huawei P30 Lite is not a bad smartphone in itself, it is just not offered at the right price … and the competition is ruthless. 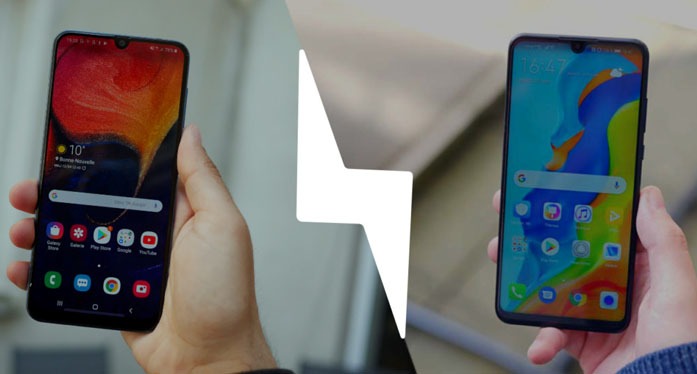