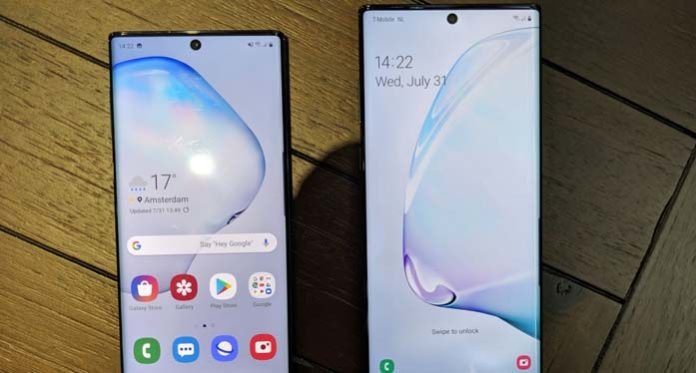 In 8 years of existence, the range Note had not known that. While Samsung has just formalized the Galaxy Note 10, we were able to take control, we discover that for the first time … the manufacturer offers us two variants of ultra-high-end, with the additional appearance of the Galaxy Note 10 +.

Two variants of a Galaxy Note in addition to the Galaxy S10 and future Galaxy Fold, that makes many spearheads for the brand. But can we already identify the differences between these Galaxy Note 10 and Galaxy Note 10+? To see more clearly, we explain them for you.

Surprise, the Galaxy Note 10+ is bigger 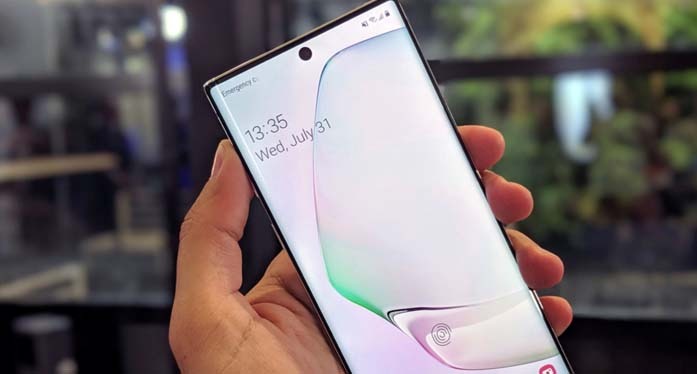 As is customary, the main difference is to be seen on the side of the size of the two devices, as the little “+” decked out the second suggests. While the Note range has historically been a large format, we are entitled to a little more measurement this year.

Who says bigger also says heavier. The Galaxy Note 10 weighs 168 grams on the scale, against 196 grams for the Note 10+.

A better definition on the Note 10+ 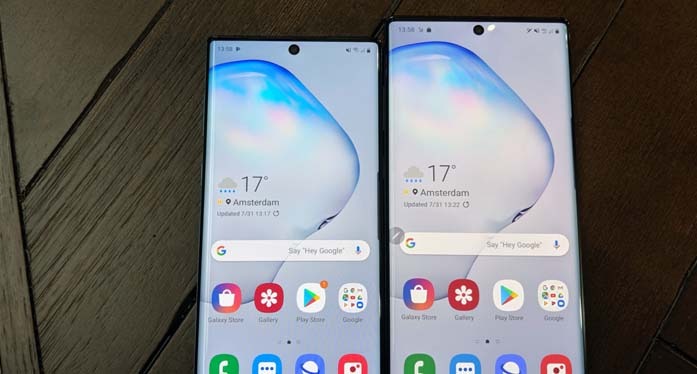 Both models, however, are HDR10 + compatible and offer superior display quality. 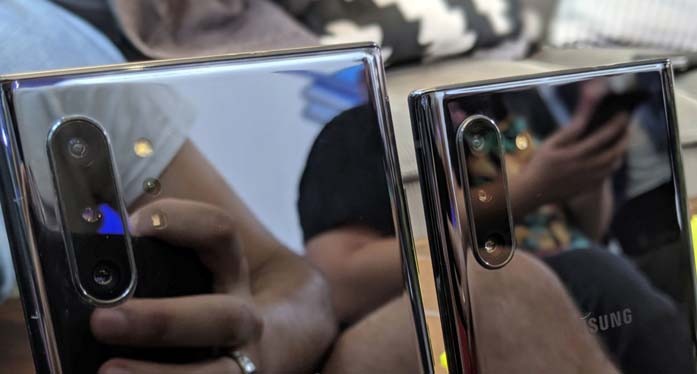 The Samsung Galaxy Note 10 and Note 10+ have exactly the same dorsal photo configuration. The 12-megapixel main sensor with f / 1.5 or f / 2.4 variable aperture with OIS adds a 16-megapixel ultra-wide-angle lens with f / 2.2 aperture and a 12-megapixel telephoto lens in f /2.1, also taking advantage of the OIS.

There is, however, a significant difference between the two: the Galaxy Note 10+ is also equipped with a TOF sensor. The latter allows the phone to effectively understand the distances between the smartphone, the subject and the background, to create a more natural portrait mode. This is a sensor that has already been used on the Huawei P30 Pro, and that works wonders.

Also, if you like taking portraits in portrait mode, it will be better to favor the Galaxy Note 10+. Note 10 is also capable of course, but their quality will not be the same.

Faster refill on the Note 10+ 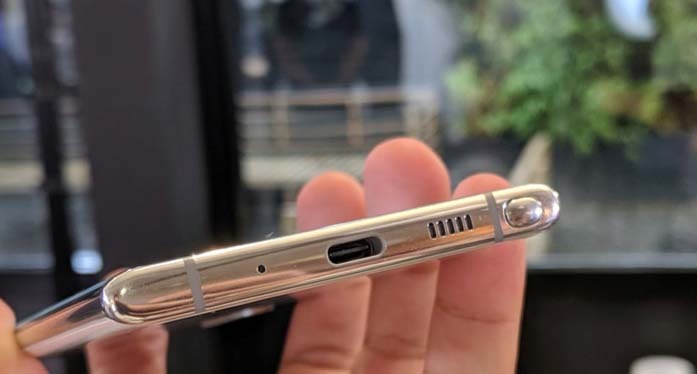 Charging has also evolved this year, reaching powers never seen before for Samsung. The Galaxy Note 10 is equipped with a battery of 3500 mAh, while the Galaxy Note 10+, larger, recovers 4300 mAh.

Both smartphones are compatible with the manufacturer’s new 25W quick charging and come with a compatible charger. However, the Galaxy Note 10+ can reach 45 W with a charger adapted … which will not be provided automatically by Samsung.

Micro SD cards are for Galaxy Note 10+ only

That said, both Galaxy Note 10 benefit from an ultra-fast internal memory in UFS 3.0, which is already excellent in itself.