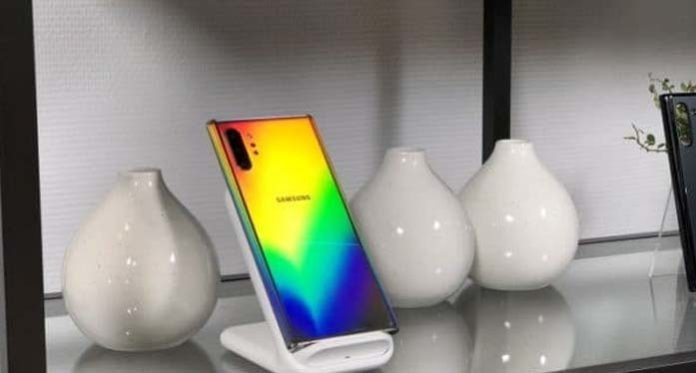 The new Samsung Galaxy Note 10 will not be compatible with the Gear VR headset. A decision that seems to mark the end of the era of VR headsets for smartphones like Cardboard…

Launched in November 2015, the Samsung Gear VR was one of the first consumer virtual reality headsets available on the market. However, with the rise of autonomous headsets like the Oculus Quest, its future seems more and more compromised.

Recall that the latest version of the device dates from 2017. Since then, the VR headset for smartphone has not been updated by Samsung. The Galaxy S10 launched in February 2019 are compatible, but only through an adapter.

The same goes for the Galaxy Note 9 of 2018. Moreover, even if the headset still has a page on the Samsung online store, it seems that it is no longer possible to order it.

At the Galaxy Note 10 presentation on August 7, 2019, Samsung did not mention the Gear VR once. Today, analyst Anshel Sag announces that he has received official confirmation that Note 10 will not be compatible with Gear VR. It is not known if an adapter will allow the use of the headset, or if Samsung has indeed decided to abandon this product.

In both cases, this decision by Samsung seems to mark the end of the era of VR headsets for smartphones. Faced with autonomous headsets that the Oculus Quest or HTC Vive Focus, these devices are no longer comfortable enough, practical or efficient. In May 2019, Google announced that its Pixel 3a smartphone would not be compatible with the Daydream VR platform. The era of mobile VR headsets such as Cardboard seems well and truly over…