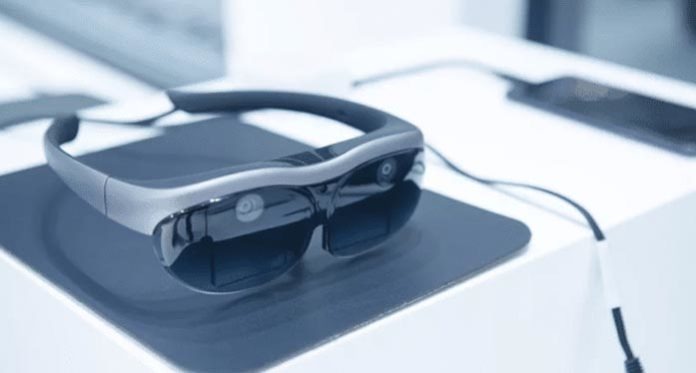 Vivo unveils its augmented reality glasses Vivo AR Glasses. These are designed to work in connection with the new 5G Vivo iQoo smartphone from the manufacturer…

As part of the Mobile World Conference, which took place in Shanghai from June 26 to July 2, 2019, the Chinese smartphone manufacturer Vivo unveiled a prototype of augmented reality glasses: Vivo AR Glasses.

The device stands out for its light weight and six degrees of freedom of movement. It connects to a smartphone via cable, and will be compatible with the 5G iQoo smartphone also unveiled by the brand at the event.

According to Vivo, these AR glasses will be useful for “gaming, work, face recognition, object recognition and 5G cinema”. For now, we do not know the release date and the price of these augmented reality glasses for smartphone.

The turn of the Chinese manufacturer to embark on the market of augmented reality, after other companies like Microsoft with HoloLens , Google with its Glass or Magic Leap with its ML1, nreal and Vuzix.

Vivo AR Glasses: a sign of hope for augmented reality?

Unfortunately, while Apple has just abandoned its augmented reality glasses project, the shadow of doubt hangs over this technology. Are AR glasses really useful? Do they meet a demand from consumers, can they meet with success? And above all, is the technology sufficiently mature to give life to a successful product?

It seems that Apple is not convinced. However, Apple has a habit of offering the general public only perfected and finished products. Its requirements are not the same as those of Vivo, and it is reassuring to see other manufacturers exploit this technology as it grows…