Two products were released just in time for the holidays: the Xiaomi Mi Note 10, and the OnePlus 7T. Their advertised starting price is very similar, so that the two could tempt you on the same budget. But which one to favor? Our comparison will enlighten you.

The end of year celebrations are coming, and so are the new year gifts. The period is still favorable for renewal, and two smartphones have decided to slip into substantially the same price bracket at the end of the year: the Xiaomi Mi Note 10 and the OnePlus 7T.

But which Chinese actor is worthy of receiving your hard cash? It is time to make them confront each other to help you see more clearly.

CONCLUSION: WHICH IS THE BEST SMARTPHONE?

And we have… a perfect score of 3 points against 3 between the Xiaomi Mi Note 10 and the OnePlus 7T. It must be said that these two devices do not necessarily share the same strengths.

If a smartphone is above all important to you as a platform for playing videos and playing games, the OnePlus 7T will meet your needs much more. Between its super powerful SoC and its sublime screen supporting a refresh rate at 90 Hz, you will be in heaven.

For lovers of photography and great autonomy on the other hand, the Xiaomi Mi Note 10 will be a more optimized companion. Between the versatility offered by its numerous sensors and its gigantic battery, you should love it.

The advantage of comparing these two devices is that despite these strengths, they do not necessarily have a weak point. Or at least, too weak. Thus, both of them will be able to hold onto the points they have not won, making that whatever happens, you will be satisfied. Isn’t it wonderful? 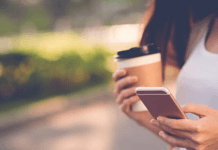